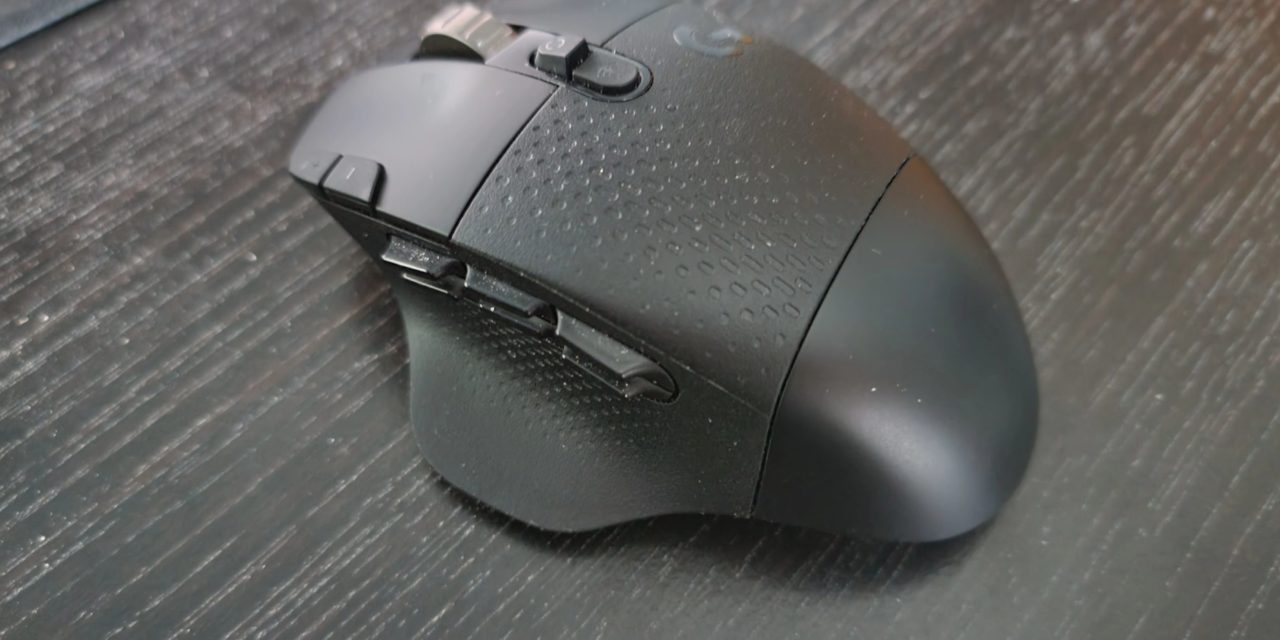 After years of using a Logitech G602 mouse and loving it, it finally started to glitch out (double-clicking, left button intermittently would stop working). I thought it was time for a new one.

I didn’t want to go the route of the MX; even though they seem nice, they don’t bring the portability I was looking for since I would be traveling with it a lot.

I was trying to find something similar to the Logitech G602 but upgraded, and that’s precisely what I found with the Logitech G604 LIGHTSPEED. I decided on this purchase mainly because of the upgraded sensor and better wireless connectivity.

Here’s a rundown of the Logitech G604. Since I’m coming from the G602 mouse, a lot of my opinions are based on that mouse and how this one compares.

The scroll wheel feels a little cheaper than the G602; it works well, though. The buttons are more responsive, quieter, and more programmable than the past generation (G602). Clicking is more instantaneous (less lag). Unlock the scroll wheel for infinite scrolling.

This is one of the top features of this Logitech G604 mouse. You can keep the USB dongle plugged into a non-Bluetooth desktop, and with a 2-second hold of the ‘wireless activation’ button, you can connect through Bluetooth to your laptop. Seamless connection between devices is a massive WIN for this mouse.

The Logitech G604 uses ONE double AA battery to power it. I know some want their mouse to be rechargeable. I am okay with throwing a AA battery in once in a while. A single battery lasts around 240 hours, an upgrade from the Logitech 602, which needed two AA batteries to power it for 250 hours.

One of the biggest reasons the Logitech MX line deterred me was its bulkiness. If I were going to keep the mouse in one spot, I would give the Logitech MX a more comprehensive look, but I travel a lot with my mouse and need something durable, wireless, quick connecting, and with good battery life. The Logitech G604 fits all those criteria.

Even though I rarely game, I wanted a very responsive mouse and the ability to adjust to a high CPI/DPI. This mouse has a maximum CPI/DPI of 25,600. It uses the newer HERO 25K Optical (LED) sensor.

The gaming software supported is their newer Logitech G Hub. While this mouse works well with G HUB, my mechanical keyboard (Logitech G710) isn’t supported. I had to install the older ‘Logitech Gaming Software.’ Having two programs that essentially do the same thing adds to system bloat and makes the software redundant.

Logitech should merge the Logitech Gaming Software and Logitech G Hub together.

This is more of a rant and probably won’t affect most.

The retail price for this mouse is $100. If you do some searching, you can find it for quite a bit less than that. I paid $70 for mine on Amazon.

You get what you pay for. This mouse is excellent, and I hope it lasts for many years. I’ll update this review from time to time to let you know how it’s holding up.